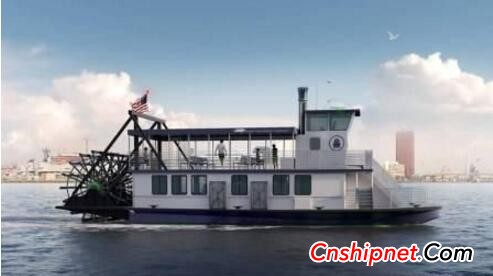 British shipowner Hampton Roads Transit (HRT) has appointed two Volvo Penta 13-litre 400-horsepower diesel engines to power two new Elizabeth River ferries, the River Ferry IV and V. It is reported that two new ferries will be put into operation later this year.
It is reported that the two aluminum passenger ferries carrying 150 passengers are designed by BMT Group and are being built by Armstrong Marine's shipyard. The first ship will be delivered before the end of this year and the second ship will be delivered in the first half of 2017. According to Tracy Gable, head of contract at Armstrong Marine Shipyard, â€œVolvo Penta engines are known for their low noise and pure performance, which will provide fast, reliable and easy inland operation for the ferry.â€
The Volvo Penta D13 engine meets EPA Tier 3 emissions requirements and is MMO NOx Tier II certified and also meets the US Coast Guard marine commercial engine decibel level noise requirements.
As early as 2014, the shipowner HRT Company modified the same propulsion package for its existing ferry "Elizabeth Inland River Ferry III", and improved the fuel economy, pollution emission and high performance. satisfaction. Mark Stemple, HRT's project manager, pointed out, "We decided to use the Volvo Penta D13 engine as the standard configuration for our new ferry, largely because of the complete satisfaction of the previous cooperation, our performance and reliability of the model, customers The support ability is impressive."