The European Commission recently issued a statement saying that three European car battery recycling industry leaders violated the monopoly law, and because of the consistently lower buying price and higher selling price profit, and "eat" a ticket of 6.8 million euros.

Let us pull our eyes back to the country. According to the "Energy Conservation and New Energy Vehicle Industry Development Plan (2012-2020)" issued by the State Council, by 2020, the cumulative production and sales of pure electric vehicles and plug-in hybrid vehicles will exceed 5 million. China Automotive Technology and Research Center predicts that by 2020, China's pure electric (including plug-in) passenger cars and hybrid passenger car power batteries, the cumulative scrap will reach 12-17 million tons.

Faced with the gradual tightening of the retiring tide of electric vehicle power batteries, how to deal with the decommissioning power battery that is gradually becoming large-scale will be a major issue affecting the development of new energy vehicles. What is the current status of recycling and disposal of power batteries? What are the current domestic regulations? In this regard, the reporter interviewed relevant enterprises and experts. 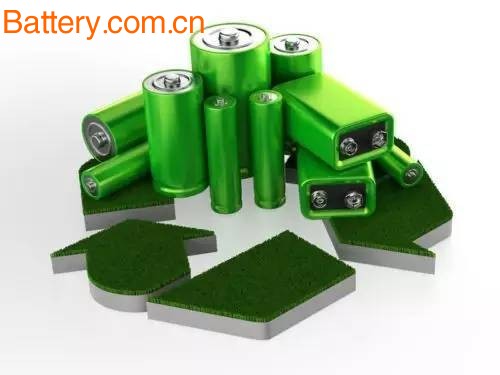 Eat dry and squeeze to improve life cycle use value

Most of the vehicle power batteries in China are lithium-ion batteries . Although they do not contain heavy metal elements such as mercury, cadmium and lead, the waste lithium-ion batteries are extremely polluted if they are not handled properly. For example, the electrode material of the waste lithium ion battery enters the environment and can react with other substances to cause heavy metal pollution, alkali pollution and dust pollution; the electrolyte enters the environment and may cause fluorine pollution and arsenic pollution through chemical reaction.

Related studies have shown that recycling lithium-ion batteries can save 51.3% of natural resources, including 45.3% of ore consumption and 57.2% of fossil energy consumption. In addition, valuable materials such as nickel, cobalt, and manganese in lithium ion batteries can be reused by recycling.

"Recycling of power batteries can also improve the life-cycle value of batteries. The power batteries eliminated by new energy vehicles still maintain 70%-80% of the initial energy. If they are directly dismantled and recycled, it is a waste of remaining battery use." Zhang Chengbin, director of the research and consulting department of China Electric Vehicles 100, said that the chemical composition of the battery has not changed except for the decrease in chemical activity after the battery is scrapped. The energy of these batteries can continue to meet the needs of household energy storage, distributed generation, mobile power, etc. use.

It is worth noting that on December 1, 2016, the Ministry of Industry and Information Technology issued the â€œInterim Measures for the Management of Recycling and Utilization of Power Battery for New Energy Vehicles (Draft for Comment), which provides detailed regulations on the management and requirements of the life cycle of power batteries, and the automobile manufacturers undertake The main responsibility of the recycling of power batteries; in January 2017, the General Office of the State Council issued the "Promoting Program for the Extension of Producers' Responsibility System", advocated green manufacturing, protected the ecological environment, and put forward specific requirements for automobile production and power battery recycling.

"If the utilization technology of used power battery ladders is improved and the economic cost is reduced, the whole life cycle use value of power batteries will be fully utilized in the field of ladder utilization." Zhang Chengbin said that since 2012, Wanxiang Electric Vehicle Co., Ltd. has undertaken technology. During the 863 project, a set of green recycling and recycling technology and a waste power battery recycling pilot line were developed to achieve a harmless recovery of 20 tons/year of lithium ion batteries.

Policy first, technical escort, whether the recycling of vehicle power battery can be carried out smoothly? actually not.

â€œWe recycled more than 2,000 tons of lithium batteries last year, and the power batteries for vehicles accounted for less than 100 tons. Currently, we have adopted domestically-owned wet metallurgy combined with environmental protection processes, mainly after dismantling and reuse.â€ Cangzhou Haopeng Technology Co., Ltd. The general manager of the company, Han Cheng, told the Science and Technology Daily that the vehicle power battery market has not entered a large number of scrapping periods, and the power batteries that can be recycled are limited, which makes it difficult for enterprises to form a scale effect and lack an effective profit model.

The recovery and reuse of power batteries faces the complexity of decommissioned batteries, the lack of detection and disassembly mechanisms and standards, and the establishment of mature recycling systems.

"Although the national policy clearly adopts the extension system of producer responsibility, electric vehicle manufacturers bear the main responsibility for recycling and recycling of used electric vehicles. However, they are not mandatory and lack clear incentive and punishment mechanisms." Zhang Chengbin said, coupled with the recovery of power batteries. The use of economic power is not high, the current main body of power battery at all levels is not optimistic about the implementation of the policy.

As one of Shenzhen Highpower International, a subsidiary, in 2010, Ganzhou Highpower a multi-billion investment specialize in lithium battery recycling, but has been losing money, due to the recent rise in metal prices have improved. The motivation for urging them to recycle batteries is because "there are so many batteries produced by their own companies, and they should also fulfill their social responsibilities."

â€œThe waste battery recycling industry is still developing very much. Establishing a perfect step-by-step utilization model will have certain social and economic benefits.â€ Han Cheng stressed that the use of the ladder is not new, such as the battery used by the toy car is installed on the remote control and continues to be used. ; retired car battery as a power storage product, or in the low-speed electric vehicles.

In the district Hancheng's view, the current use of the standard has not yet been established, and the state has to formulate relevant policies and regulations. Why is the charging treasure on the plane strictly restricted? "The reason is that the charging treasure industry has just developed and the quality standard construction has not kept up. The small workshop puts the battery of the used notebook on the charging treasure, which creates a safety hazard. The power battery disassembled by the new energy vehicle is not well managed if the ladder is used. , it will create greater security risks." He suggested that the national ministry should take the lead in promoting the establishment of scientific evaluation standards for battery ladders and launch an effective management mechanism.

Facing the puzzle to create a power battery ecosystem

â€œMultiple car manufacturers built a platform to recycle power batteries, and then unified the use of ladders or waste utilization.â€ In the area of â€‹â€‹Han Cheng, the ideal state is to build a power battery ecosystem: establish a power battery recycling network based on the car factory 4S shop assisted recycling. In addition, the state must regulate the flow of used batteries, which requires the establishment of a traceability system to achieve traceability and supervision of batteries from birth to decommissioning.

How to face the tide of power battery retirement after three years? Zhang Chengbin said that it is necessary not only to study battery standardization and implement traceability systems, but also to increase the research and development of key technologies for recycling and reuse; and to encourage business model innovation pilots, to replicate the development model of recycling economy with promotion value, and to implement the power battery recycling system. Construction, but to avoid some speculative companies to enter the industry in order to subsidize the follow-up.

At the same time, Zhang Chengbin suggested that the state should formulate and implement incentive measures for power battery recycling. For example, administrative and economic penalties are imposed on enterprises that fail to fulfill their obligations in accordance with the recycling policy, and even with vehicle announcements and battery catalogues; subsidies and tax incentives are provided for battery recycling companies and battery recycling enterprises in terms of battery sets and capacity. The economics of recycling and recycling enterprises; the parallel system of deposits and rewards for consumers, when consumers take the initiative to turn over the used batteries, the deposit is refunded and additional compensation is added...

District Hancheng revealed that the company is now preparing to join several automakers and battery manufacturing plants such as Beiqi New Energy, and plans to build a demonstration of power battery recycling in the Beijing-Tianjin-Hebei region in Hebei. Through resource integration, build a public service platform for power battery recycling.

Many battery companies have begun to enter the battery recycling industry. BYD, AVIC Lithium and other power battery companies have laid out the gradient utilization of power batteries. According to the media, Guoxuan Hi-Tech will jointly develop technologies and markets related to battery recycling and ladder utilization. In 2017, the sales scale of Guoxuan Gaoke Energy Storage Market will be about 1 billion yuan, and a battery demolition resource recovery pilot test line will be built. 2000 batteries.

Developed countries have fully implemented the â€œExtended Producer Responsibilityâ€ system through the establishment of sound and complete legal mechanisms, using legal coercive force to regulate all links, and constraining all relevant entities of the entire battery life cycle, so that they must assume responsibility and fulfillment in accordance with the law. Obligations and severe penalties for subjects who violate the law.

United States: The legislation on used batteries involves federal, state, and local levels, and provides technical specifications for the production, collection, transportation, and storage of used batteries, and adopts a producer responsibility extension and deposit system.

EU: Adopt a compulsory recycling system in which producers bear the cost of recycling and impose legal obligations on battery users. Since 1990, European car manufacturers have begun to emphasize the use of recyclable materials and components in automobiles. The EU has forcibly recycled used batteries since 2008, and the recycling costs are borne by the manufacturers.

Germany: The recycling field is relatively mature, battery production and importers must be registered with the government; dealers should organize a recovery mechanism to cooperate with manufacturers to introduce to consumers where they can recycle batteries for free; in the end, users are obliged to hand over used batteries to designated ones. Recycling agency.

Japan: It has been at the forefront of the world in recycling waste batteries. Since October 1994, Japanese battery manufacturers have established a battery recycling system for "battery production - sales - recycling - recycling". This is based on the voluntary efforts of every manufacturer, retailers, car dealers and gas stations to recycle used batteries free of charge from consumers.